The match started off with a big tackle as the school chanted “Eat! Eat!” Much to the delight of the supporters. For the first few minutes the game was played mainly in the First teams half although they managed to keep the Old Boys off the try line. Possession switched with a big interception which resulted in a scrum. The Old Boys managed to turn over the scrum and they lunged at the try line but were held up at the last second causing another scrum on the 5m line.

The Firsts where able to kick for touch after a knockon.From the line-out the ball was fumbled towards the First but then a massive tackle immediately stopped them in their tracks. The Firsts managed to get the ball out of their half by successfully playing hands and their pods successfully held up. They managed to kick for touch after a “hands in the ruck” penalty was awarded.

The Firsts continued pushing up but were stopped

by several big tackles. The match was paused as one

of the boys took a knock to his knee and needed

medical attention, after some looking into it he was

fine and walked it off. The match was still scoreless

and continued in the Old Boys half. After a scrum

down on the 22, followed by hands they successfully

kicked the ball out of their 22. The lineout was

unsuccessful with the executing an ineffective maul.

Although the Firsts still maintained possession.

Still the match continued in the Old Boys half

with scrums and line-outs at regular intervals,

although the Old Boys could not seem to get the

ball out of their half.

A good run was made by the Firsts whereby a

by a good offload (as they were tackled) which

unfortunately resulted in a knock-on.

After a good kick coming off the scrum the Old Boys

were able to advance deep into the Firsts half. Their

advance was short lived as an offside allowed the

Firsts to kick for touch and pushed the Old Boys

back, awarding a line-out. The line-out was followed

by a scrum due to a skew ball. The match continued

heatedly in the Old Boys half. The firsts finally

were able to push up and score a try right before

the call of half time. The ball was easily converted

The second half was underway and started in the Old

Boys half for the first few minutes. The Firsts unfortunately

had to make a substitution as one of their

players was injured due to a supposed high tackle.

The Old Boys were able to score with a massive run,

out of their own half and then scored under the

poles. Which was unfortunately not converted. (7 : 5)

After kick-off the ball was played mainly in the

Old Boys half yet again, possession changed due to

“holding on” in the ruck. But was pointless as the

old boys were forced out the playable area resulting

in a line-out in the Firsts favor. Another boy took

a hit and required medical attention, although he

walked it off soon after. Followed by another injury

on the Old Boys side this time he was taken off.

After a long tussle the Firsts managed to play the

were able to easily score a try, followed by an

Right off of kickoff the Firsts played a number

of perfect passes right from their own half and

scored a cracker of a try. They unfortunately did

The Old boys pulled one back with an easy try. And

after a very far and challenging kick the ball narrowly

Off kickoff the match was mainly played in the

Old Boys half, showing the dominance of the Firsts

team with their possession, although the Old boys’

defense held up. A big run from the Old Boys lead

them into the First’s half. The Firsts kicked for touch,

successfully pushing the old boys back. The Old Boys

again had a big run which pushed them over the 22.

The run was stopped with a strong tackle resulting in

another downed player. The final whistle was blown

with the final score being 19 to 10 with the First 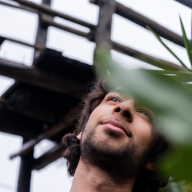